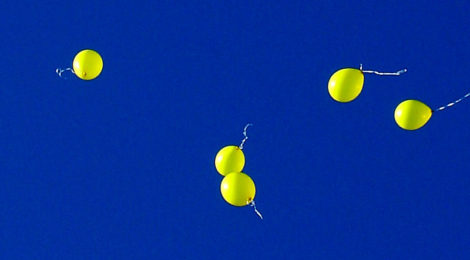 How MAGI / Wildwood Lions award winners are changing the world

MAGI / December 23, 2017 / Comments Off on How MAGI / Wildwood Lions award winners are changing the world / News

The MAGI / Wildwood Lions Environmental Leadership Award was created in 2012 with support from Si and Vicki Ford to “encourage future student engagement and innovation in defining and solving environmental problems.” As we begin to collect applications for the 2018 ELA Award, we decided to check in with the six past recipients to see how this goal has played out in their lives.

Since graduation, each has followed a different path — be it arts / humanities, science, public policy, business, advocacy, communication, or outdoor education. All six have continued to demonstrate a passionate commitment to the environment and using their unique skills and talents to protect it.

Brennan graduated from Whitman College in Walla Walla, Washington, in 2016 with a degree in environmental humanities. Showcasing his considerable talents as a writer and photographer, Brennan’s senior thesis “Planting Roots” draws attention to how food reflects the local geological, biological and cultural landscape. Brennan currently works as a baker and pastry chef using local food and cooking as a way to express his care for the natural world.

Katie graduated in 2017 from the University of Minnesota–Morris with a double major in environmental studies and business management. During her senior year, she served as the UMM student body president, was the 2017 Curtis H. Larson Award recipient and was chosen to speak on behalf of the graduates at commencement. She also received the Senior Sustainability award for her work with the UMM Office of Sustainability, including leading several University-wide student conferences. After graduating she and three fellow MHS alumnae biked across the U.S. to bring awareness to the threats to public lands.

Davis will graduate from George Washington University in Washington, D.C., in the spring of 2018 with a business major / public administration track and an English minor. He was an intern for Congressman Rick Nolan from northeastern Minnesota for one semester and has been an intern for Amtrak, the National Railroad Passenger Corporation, for almost two years. Davis is exploring enrolling in Amtrak’s management training program after graduation. He feels strongly that inner-city passenger rail can be a bigger part of our transportation solutions in the future if some big issues, including customer service, can be addressed.

Heidi is a junior at St. Mary’s University of Minnesota majoring in public relations. She has played a large role in reinstating the campus Outdoor Leadership program. She takes students on various outings, often introducing them to outdoor activities for the first time. In her role as student senate vice president, Heidi has also helped bring an awareness of environmental issues to the entire student body.

Isaac is in his second year of studies at Cornell College in Ithaca, New York, pursuing a double major in physics and mathematics. In his application for the ELA award, Isaac said he wanted to study basic science to be a part of the development of new technologies and to more fully understand the natural world in order to better protect it. Isaac is a member of the Resource Conservation Club at Cornell. In a recent email Isaac described being inspired by a teaching assistant in one of his physics classes who is finishing up his Ph.D. in physics and pursuing a career in environmental science.

A big thank you to Si and Vicki Ford and the Wildwood Lions for supporting this valuable scholarship!