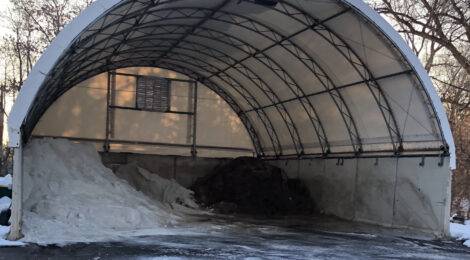 Chloride is also one of the main ingredients in salt used to melt the ice on sidewalks and roads. In a move to protect White Bear Lake and other water bodies in our area, the Mahtomedi Public Works (MPW) crew has applied several innovations to restrict salt concentrations on roads.

The MPW crew learned about the harsh effects that road salt has on the lakes in 2010, so they devised a way to use less salt while still melting the ice on roads and sidewalks. 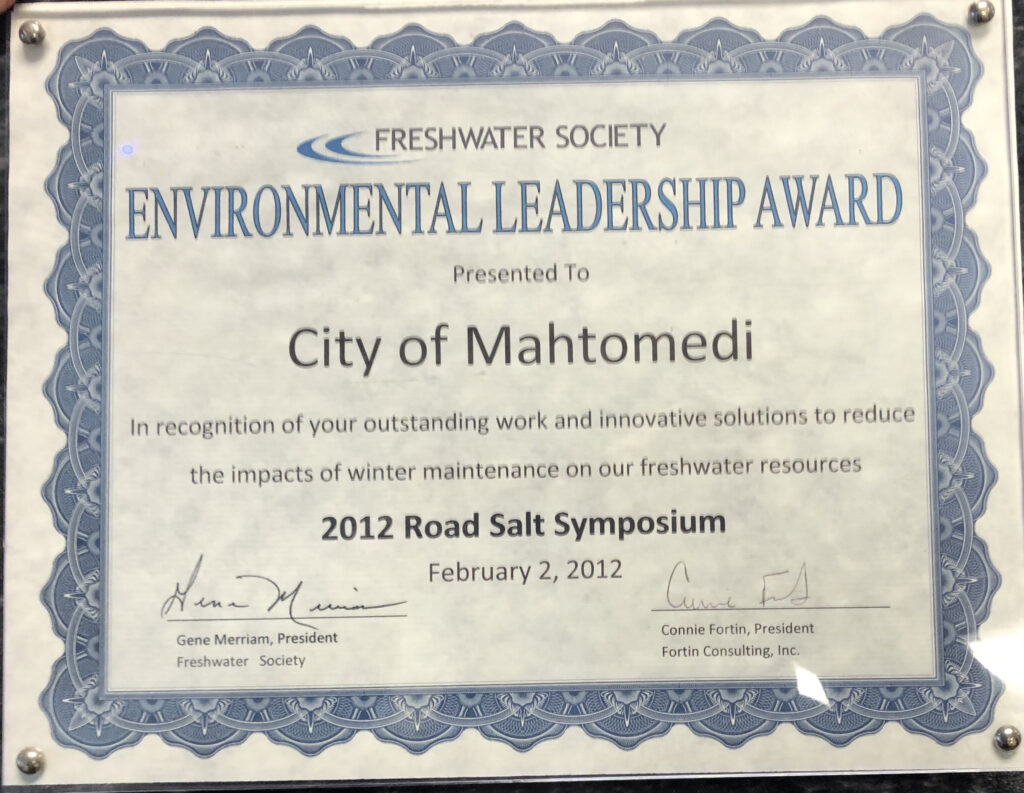 The City of Mahtomedi earned an Environmental Leadership Award from the Freshwater Society for incorporating lake-protecting measures into its road-salting practices.

The salt brine, as it is called, was 23% to 25% salt with the rest of the mixture being water. Using a brine-maker machine and tracking methods, the public works crew was able to  reduce salt concentrations in its brine. It now uses the improved salt brine in warmer weather and when pre-treating the roads. Pre-treatment consists of forming lines of the salt brine on roads before a snowstorm to stop the snow from binding to the pavement. 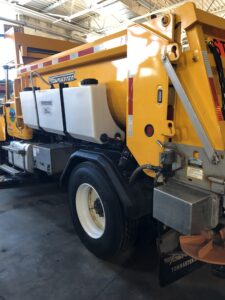 The tank on the side of the salt truck holds salt brine or IBG, depending on what is being used at the time.

About 10 years ago the crew switched from a  salt-and-sand mixture to just salt on the roads. The salt-and-sand mixture had proved ineffective. The sand did not dissolve well and the crew ended up having to clear around 300 tons of debris at the end of the season. The sand also reached lakes, ponds, and streams more easily, creating deltas and other buildup of sand.

In 2020, the MPW crew began using Ice B’ Gone Magic (IBG), a natural by-product that contains rock salt treated to form magnesium chloride and water to form a sugary liquid. It is used mainly when clearing sidewalks and parking lots as well melting salt in colder temperatures. While salt melts ice at 10 to 15 degrees F, IBG can melt ice as low as –15 degrees F. IBG also leads to less erosion than straight salt as well as less debris to clear in the spring. IBG is biodegradable and releases much less chloride, meaning that the amount that does reach our lakes is a healthier substance than pure salt. 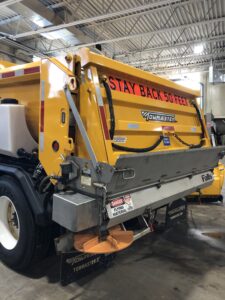 The brine spins out of the orange wheel at the bottom of the truck as it drives along a road.

MPW was one of the first in the Twin Cities to use the salt brine, and now the IBG liquid. The crew mixes the IBG into a liquid mixture at the Public Works building. Other communities around the Twin Cities have turned to MPW for advice. MPW also sells the salt brine to seven metro area communities. Because of this, MPW won an Environmental Leadership Award nine years ago from the Freshwater Society.

MPW also gives citizens in Mahtomedi and surrounding communities advice to look into alternatives to salt for their own use, such as the IBG mixture and others that can be found at a hardware store. They also encourage trying to limit salt concentration on sidewalks and pavement in order to decrease pollution in our lakes.