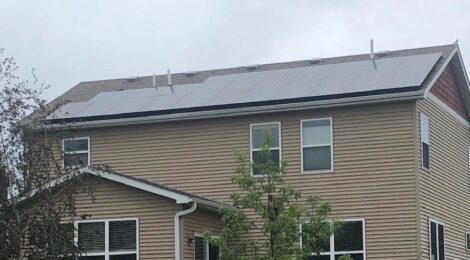 Mahtomedi resident Erin Roche has taken a considerable leap toward a more sustainable future with her fully solar powered home! Interest in renewable energy has skyrocketed in past years as people have become more conscious of our planet. In turn more individuals are switching to renewable energy every year. Switching to solar panels may seem like an overwhelming change, but, according to Roche, it’s a great investment. 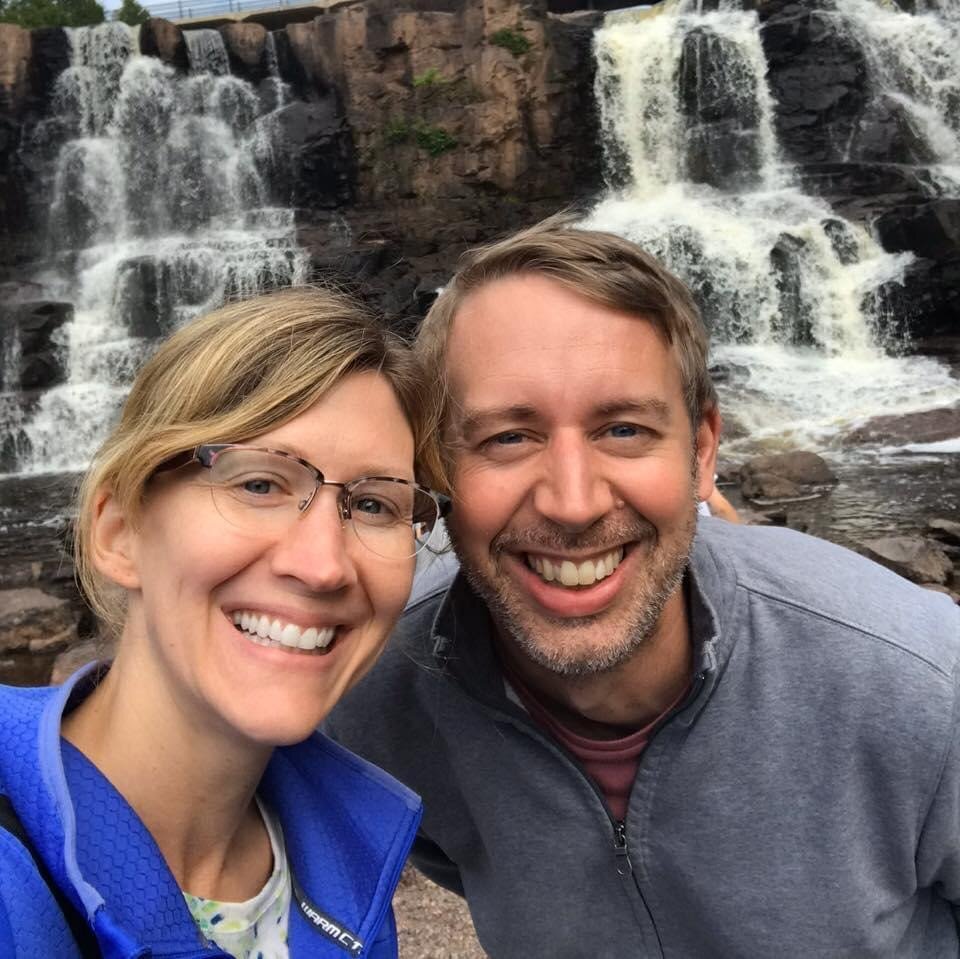 So what are the benefits? Roche say that “helping to increase the use of carbon free energy” in her community is what she likes most. By installing solar panels, there is no need for alternative sources of energy to power your home. Lights, televisions, and anything plugged in are all supported by the sun.

When having solar panels, especially in Minnesota, there are some concerns about the winter months. Can solar panels support an entire home? According to Roche, they absolutely can! In fact, she produces more energy than she needs, adding up to about 150% of what she uses in a year. Although there is less light in the winter, sunny days in summer and spring make up for the lost sunlight. Xcel Energy buys the extra energy her panels produce. That means she is not only producing energy for herself, she’s also profiting from it!

How does it work? After having your solar panels installed, you can look at how much energy you produce. In the picture below, there is a graph showing what her “eGauge panel” looks like. 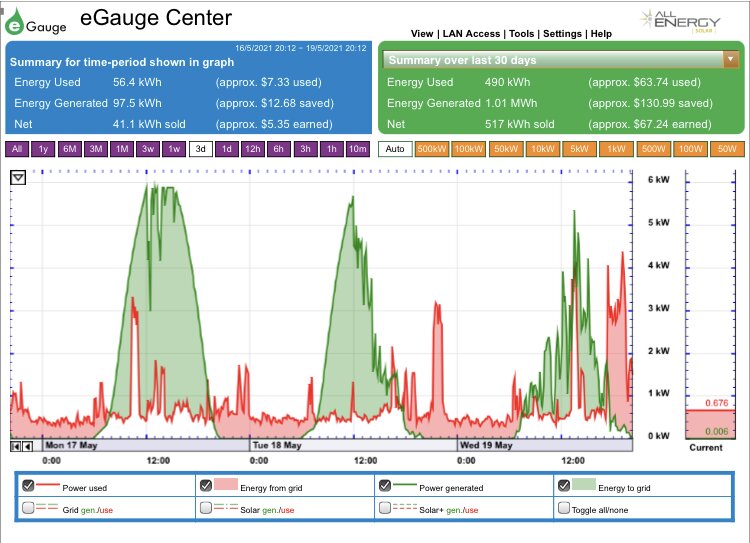 Roche says the eGauge shows how much energy the panels produce and also how much energy her family is using. “The green is the energy the panels produce, and the red is the electricity we’re using,” she says. “If the green is bigger than the red it means we’re producing more energy than we’re using.” The graph shows three days of the week: the first where it’s sunny, when the green is highest, the second where it’s partly cloudy, and the third being rainy and mostly cloudy.

How can you get solar panels for your home? Solar energy is definitely an investment, but in the long run it can make you money while simultaneously benefiting the environment. Roche expects the investment to pay itself off in savings on electric bills after about five to seven years. The company that provided most of the information Roche used when deciding to invest in solar is called Solar United Neighbors. The company she bought from was All Energy Solar. She describes All Energy Solar as “easy to work with” and says it was “easier than expected” to have the system installed.

Roche’s solar-powered house is a good sign for the future of renewable energy. “The cost of solar panels continues to decrease” as more people buy them, Roche says. She is optimistic that solar panels will spread across Mahtomedi, and has already observed neighbors catching on. She predicts that more people will turn to green energy, and is an amazing example of sustainability in her community.

Audrey Strand is a 17-year-old Mahtomedi High School student who participates in Eco Club. She plans to have an environmental focus in her future career, and values sustainability.

Comments are closed, but trackbacks and pingbacks are open.